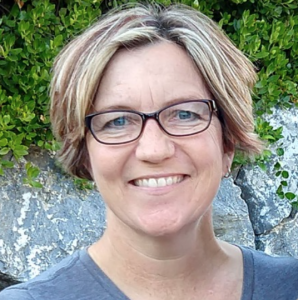 When I had my first child, I was able to take a 4 month maternity leave from work. I was so excited. And then all of the sudden, I realized that I had no idea where the next nearest baby was to me physically, in my neighborhood.

I didn’t know my neighbors, but here I was at home for four months. So, as I walked our neighborhood with my infant son, I paid extra close attention to my surroundings…is there sidewalk chalk out, are there children’s toys in the front yard, is there a car seat in the back of the car in the driveway? I saw a few things that gave me hope that there were some babies and children nearby. But I didn’t know how to meet their moms. So, I made a flyer, asking, “Are you a mom at home with a preschooler? Would you like to meet to play and make friends with other moms and preschoolers in the neighborhood?”

I took the flyers around to 70 homes in our neighborhood. Eight moms responded that they had kids who were not yet in school and would love to have friends in the neighborhood. So we started meeting at my house, on Fridays, moms and babies. The moms brought snacks and we talked and laughed and got to know one another. The babies slept or laid around, or were in our laps, and little toddlers played. We became friends in the neighborhood. It was wonderful. We would walk and bike together, and go to the park. Some moms began running together. Our kids got to be together, as toddlers, and into Early Elementary School.

After just a few meetings we weren’t meeting at my house anymore, everyone was taking turns, sharing the responsibility. And it was wonderful to be in and out of one another’s homes, and as the children grew, they became interchangeable in one another’s homes as well.

My neighboring story began out of necessity and grew as I took a few intentional steps of faith. This laid the foundation and much more would happen in the years to come.